Completed in 1852, this attractive building has evolved in step with the Paris economy. In 1855, the year of France's Exposition Universelle, shopkeepers Alfred Chauchard and Auguste Hériot opened the capital's first department store on the premises, with the financial backing of the Péreire brothers. Known as "Grands Magasins du Louvre", it served as a shopping arcade for the guests of the Hôtel du Louvre, which also occupied the building at the time. A century later, large companies began renting offices there. In 1975, the British Post and Telegraph Employee Pension Fund acquired the building, which had become vacant, and set out to convert it into a modern business centre with Louvre des Antiquaires on the ground floor.

Acquired by SFL in 1995, Louvre Saint-Honoré offers vast, highly functional 5,400 sq.m. floor plates in an exceptional location looking onto the Louvre museum. 20,000 sq.m. in retail space on the first underground level, ground floor and first floor is currently being fully renovated to provide a new home for the Cartier Foundation for Contemporary Art.
Delivery is scheduled for end-2023. 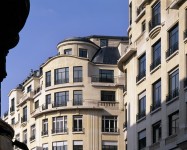 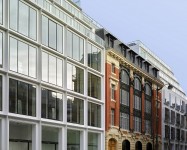 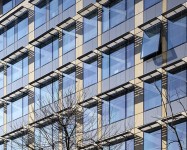